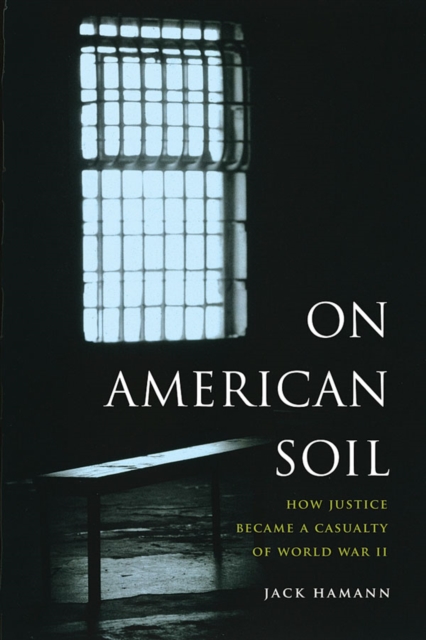 During the night of August 14, 1944, an Italian prisoner of war was lynched on the Fort Lawton army base in Seattle--a murder that shocked the nation and the international community.

It was a time of deep segregation in the army, and the War Department was quick to charge three African American soldiers with first-degree murder, although there was no evidence linking them to the crime.

Forty other black soldiers faced lesser charges over the incident, launching one of the largest and longest army trials of World War II. In this harrowing story of race, privilege, and power, Jack Hamann explores the most overlooked civil rights event in American history.

On American Soil raises important questions about how justice is carried out when a country is at war, offering vital lessons on the tensions between national security and individual rights. A V Ethel Willis White BookFor more about the author visit his website: http://www.nolittlethings.com