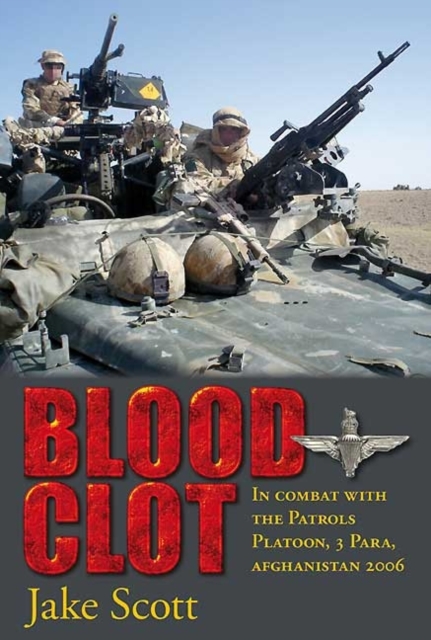 "The story of 3 Para's 2006 Afghan operations has already, and rightly, passed into British military legend.

Rendered in the raw language of a true fighting man... this is a tale of true British grit, and epic endurance, and it is most definitely the real thing." - Damien Lewis, bestselling author of Apache Dawn "For anybody wishing to get inside the head of an airborne soldier in order to better understand what motivates him, excites him, frightens him and keeps him going when others have given up, Blood Clot is an important book."- Lloyd Clark, RMA Sandhurst and author of Arnhem: Jumping the Rhine 1944 and 1945 REVISED AND UPDATED WITH AN ADDITIONAL NEW CHAPTERWhen the 3 Para battle group departed for Helmand Province, south Afghanistan, little was known of what awaited them on the battlefields of the Afghan desert.

The reaction of British government and media was one of shock but for the men on the ground, the reality was far more grave.

Within a month of landing on foreign soil, the first of many skirmishes between the Taliban and British forces began.

As weeks went on, the fighting increased. Resources were low and man power insufficient; for the Paras, it was back to basics, living in holes in the ground in 60 degree temperatures.

It looked as if it was going to be a rough and gritty six-month deployment... The 3 Para battle group stand as testament to the bravery, determination and sense of duty upheld in British soldiers worldwide.

This is their story- the very beginning of the Afghan troubles in the south, the build up and lack of support and equipment in the initial stages, the close and dangerous fighting, the boredom of the open desert and the uncontrollable sadness of friends killed and injured around them.