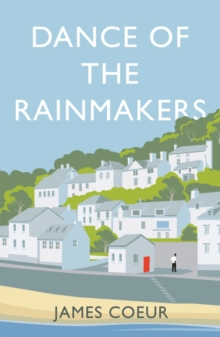 Dance of the Rainmakers Paperback / softback

After a decade of social injustice, of political chaos, and the aftermath of Covid-19, Britain has become a fragmented country.

Something has to give and a Welsh seaside village on the edge of the nation, one of the forgotten places, is taking up the fight against those who are turning its once-thriving rural community into a hollow shell. Dance of the Rainmakers is a novel in which the battle for a village is played out by the intertwined stories of three characters.

There's Lloyd, the village policeman who is caught in the middle of the protest.

His nemesis, Meic, a charismatic young politician who is on a crusade supported by a seemingly bottomless supply of cash and a gang of thugs. And then there's Frankie a London media figure who along with her frustrated partner Ruth, has moved to the village and brought the kind of unwelcome change that gives Meic his shot at nation-wide glory. Recent years has been hard on the village: more holiday homes, fewer working opportunities for the young, and a primary school which is about to close.

The community feels exploited, ignored and powerless so they take to the streets in protest.

This small local demonstration becomes a national news-story as a tense stand-off emerges.

Will Meic's plans work? Will Lloyd face his fears and stop the violence? And just what are those rumours concerning Ruth?