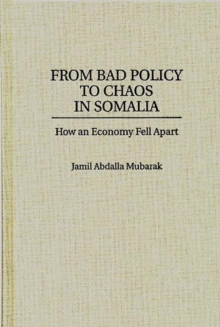 From Bad Policy to Chaos in Somalia : How an Economy Fell Apart Hardback

This examination of the economic policies of Somalia since 1970 is empirical in nature, employing political and economic analysis, economic theory, and econometric techniques, and argues that the governmental economic policy, policy responses to crises, and exogenous shocks have been bad for the long-term economic growth of the country.

Despite significant foreign financed public investment, economic growth has been weak and real per capita income has declined.

The intensifying economic crises contributed to the rapid deterioration of the political situation that led to the collapse of the Somali state in 1991.

Since 1991, chaos and more destruction has followed as warlords scrambled for power, resulting in the resource base of the economy being eroded further and the country being reduced to warring clans. 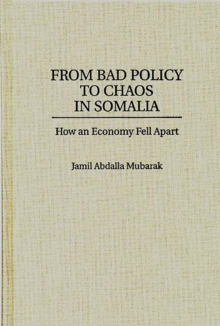