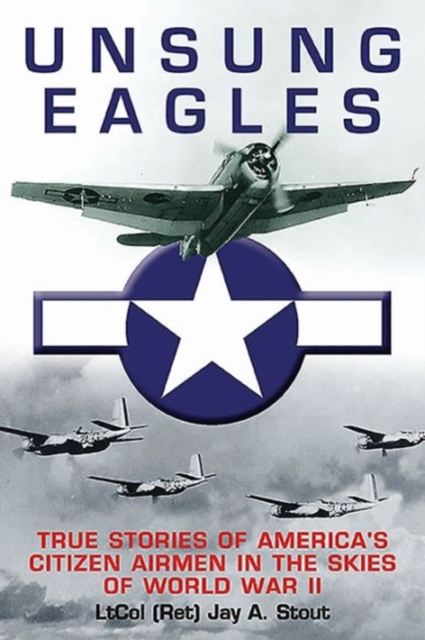 by Jay A Stout

The nearly half-million American airmen who served during World War II have almost disappeared. And so have their stories. In Unsung Eagles, award-winning writer and former fighter pilot Jay Stout has saved an exciting collection of those accounts from oblivion.

These are not rehashed tales from the hoary icons of the war.

Rather, they are stories from the masses of largely unrecognized men who in the aggregate actually won it. These are "everyman" accounts that are important but fast disappearing.

Ray Crandall describes how he was nearly knocked into the Pacific by a heavy cruiser's main battery during the Second Battle of the Philippine Sea.

Bob Popeney relates how his friend and fellow A-20 pilot was blown out of formation by German antiaircraft fire: "I could see the inside of the airplane and I could see Nordstrom's eyes.

He looked confused...and then immediately he flipped up and went tumbling down."