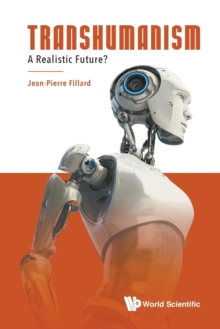 Transhuman, or trans-human, is the concept of an intermediary form between human and posthuman.

In other words, a transhuman is a being that resembles a human in most respects but who has powers and abilities beyond those of standard humans.

These abilities might include improved intelligence, awareness, strength, or durability.

Transhumans sometimes appear in science-fiction as cyborgs or genetically-enhanced humans.This book will look into the question 'Can machines think?' followed by 'Can humans extend their lifespan and keep up with machines?' In other words, do we (humans) have to modify ourselves to be bionic humans, to co-exist and make the most of machines in future?