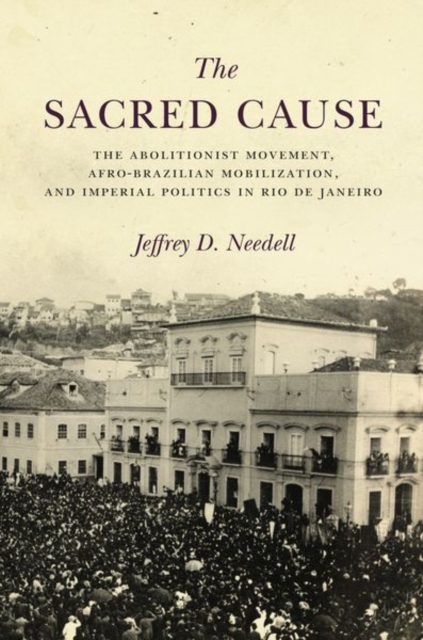 The Sacred Cause : The Abolitionist Movement, Afro-Brazilian Mobilization, and Imperial Politics in Rio de Janeiro Hardback

For centuries, slaveholding was a commonplace in Brazil among both whites and people of color.

Abolition was only achieved in 1888, in an unprecedented, turbulent political process.

How was the Abolitionist movement (1879-1888) able to bring an end to a form of labor that was traditionally perceived as both indispensable and entirely legitimate?

How were the slaveholders who dominated Brazil's constitutional monarchy compelled to agree to it?To answer these questions, we must understand the elite political world that abolitionism challenged and changed-and how the Abolitionist movement evolved in turn.

The Sacred Cause analyzes the relations between the movement, its Afro-Brazilian following, and the evolving response of the parliamentary regime in Rio de Janeiro.

Jeffrey Needell highlights the significance of racial identity and solidarity to the Abolitionist movement, showing how Afro-Brazilian leadership, organization, and popular mobilization were critical to the movement's identity, nature, and impact.