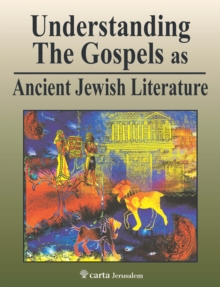 This book presents the various ways that the Gospels function as sources for Second Temple Jewish thought and practice.

While decades of research into their "Jewish backgrounds" have proven fruitful, little attention has been given to the manner in which the Gospels themselves give witness to the evolution of Judaism in antiquity.

This book argues that when understood as part of the corpora of ancient Jewish texts (e.g., Dead Sea Scrolls, Mishnah, etc.), the Gospels are testimonies to the geographical, linguistic, historical, political, social and religious reality of ancient Judaism and are sometimes the very first literary witnesses to particular practices (e.g., naming a child on the 8th day).