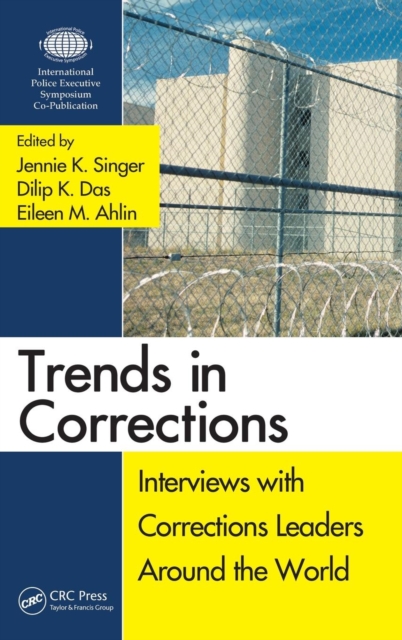 Trends in Corrections : Interviews with Corrections Leaders Around the World, Volume One Hardback

Part of the Interviews with Global Leaders in Policing, Courts, and Prisons series

Offering rare insiders' perspectives, Trends in Corrections: Interviews with Corrections Leaders Around the World is a comprehensive survey of correctional programming and management styles used across nations.

Twelve chapters present transcribed interviews of corrections leaders along with a brief portrait of the corrections system in those jurisdictions.

The leaders interviewed represent a variety of cultures, political environments, and economic systems and come from North America (Canada, Mexico, and the United States), Asia (Singapore), Australia, the Caribbean (Trinidad and Tobago), and Europe (England, Hungary, and Bosnia-Herzegovina). Topics discussed in this insightful collection of interviews include:Working conditions for correction officersHow governmental changes can impact a prison systemOvercrowding problems and efforts to modernize prisonsRecidivism concerns and programs that facilitate offender reintegration into society upon releaseEffects of the media's portrayal of prisons on communitiesThe final chapter reflects on the interviews and summarizes the common themes evident throughout the book.

Advancing knowledge about corrections systems worldwide, this volume bridges the gap of knowledge that exists between scholars and researchers in academia and practitioners in the field.

The candid discussions presented herein are destined to open further dialogue among these professionals, adding value to current operations and informing future directions.