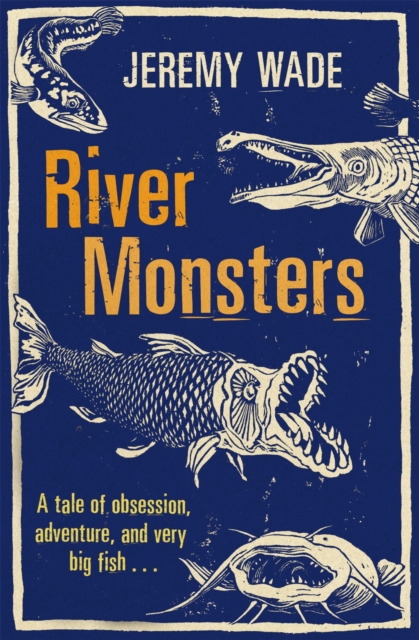 A tale of obsession and very big fish from Jeremy Wade, the presenter of ITV's RIVER MONSTERS. Over ten feet long, it weighs in at nearly a quarter of a ton.

Covering its back are armoured plates made of bone. Five hundred stiletto-sharp teeth line its long crocodilian jaws.

It's a prehistoric beast of staggering proportions; a fearsome creature from the time of the dinosaurs. But the Alligator Gar, an air-breathing survivor from the Cretaceous period is still with us today, patrolling inland rivers, hunting in murky waters shared by human communities. And for Jeremy Wade, described as the 'greatest angling explorer of his generation', the Gar and other outlandish freshwater predators have been an obsession for all his adult life.

With names like Arapaima, Snakehead, Goonch, Goliath Tigerfish and Electric Eel, many of them have acquired an almost mythical status. In a quest that has taken him from the Amazon to the Congo, and from North America to the mountains of India, Wade has pursued the truth about these little known, often misunderstood animals.

Along the way he's survived a plane crash, malaria and a fish-inflicted blow to the chest that, according to a later scan, caused permanent scarring to his heart. In RIVER MONSTERS, Wade delivers a sometimes jaw-dropping blend of adventure, natural history, legend and detective work.

It reads like a hunt for the Loch Ness Monster. But it's all true. These are fisherman's tales like you've never heard before.

The stories of the ones that didn't get away ...