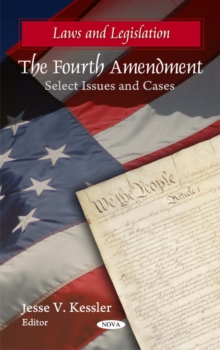 The Fourth Amendment of the U.S. Constitution requires government-conducted searches and seizures to be supported by probable cause and a warrant.

Federal courts have long recognised that there are many exceptions to these requirements, one of which is the border search exception.

The border search exception permits government officials to conduct "routine" searches based on no suspicion of wrongdoing whatsoever.

On the other hand, when warrantless border searches are particularly invasive, and thus "non-routine", they are permissible only when customs officials have, at a minimum, a "reasonable suspicion" of wrongdoing.

This book examines the Fourth Amendment of the U.S. Constitution as it relates today to border security, government access to phone calling activity and related records, student strip searches, and governmental drug testing and compulsory DNA collection from people who have been convicted on criminal charges.