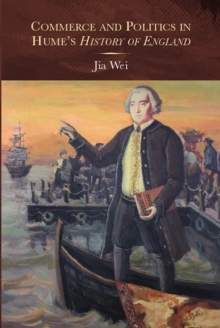 Commerce and Politics in Hume`s History of England Hardback

David Hume's six-volume History of England: From the Invasion of Julius Caesar to the Revolution in 1688 (1754-61) is probably his most important work as a constitutional historian and political theorist.

Jia Wei's book shows that the History can be understood in two ways: firstly, as Hume's own narrative of England's state formation, and secondly, as his answer to the question of how eighteenth-century Britain could cope with the challenges of commercial revolution.

It illuminates the relationship between Hume the political thinker, Hume the historian, and Hume the political economist and highlights the social, economic and institutional changes which he wove into an innovative theory of causation. The first part of the book considers Hume's account of the fundamental rationale of maritime trade and England's unique approach to liberty in the modern era.

The second part looks at his views concerning the profound impact of maritime trade on English politics.

From his perspective, the problem of how to cope with the challenges posed by the commercial revolution in eighteenth-century Britain was closely linked to the question of how transoceanic trade had fundamentally recast English politics from the sixteenth century onwards.

This study shows how these two narratives were interwoven into Hume's History and will be of interest to scholars and students not only of David Hume and political theory but of historiography, eighteenth-century British history and Enlightenment studies. JIA WEI received her PhD from the University of Cambridge. 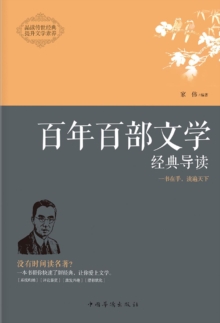 Introduction to Hundreds of Literary...