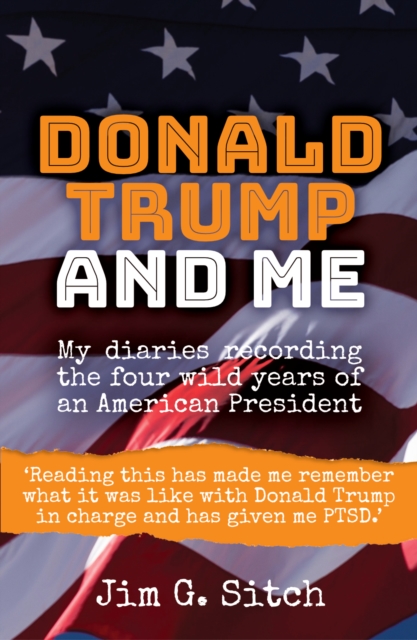 Donald Trump and me : My diaries recording the four wild years of an American President Paperback / softback

So, you think you know Donald Trump? The outrageous showman, vainglorious TV media host and first President to be appointed without any political or military experience.

Yes, that Donald Trump. Jim G. Sitch's diaries, compiled over four long years of the Donald Trump presidency, are hypnotic and scary throughout and a timely reminder of 'what has been' and what could well be again.

President Trump was a self-taught ruler who, during his time in power, demonstrated his leadership capabilities by trying to tarnish the reputation of a dying American war hero, throwing paper towels at hurricane survivors and provoking Denmark to make Greenland a National Security Priority due to the President trying to buy it.

Once you've read these diaries, which detail just what it was like to live under Donald Trump's rule, you'll seriously question whether there can ever again be another President like Donald Trump.