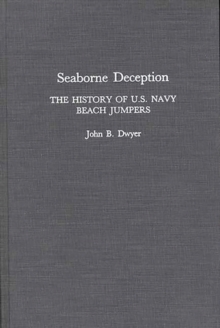 by John B. Dwyer

This book is the history of the highly trained officers and men who went by the cover name Beach Jumpers.

Their top-secret mission was to create and sustain the illusion that a military landing was imminent at Beach A when in fact U.S. allied troops would hit the beaches 100 miles away at Beach X.

During World War II, their tactics were extremely successful in Sicily, Salerno, Southern France, and the Philippines.

This work details the development, major operations, weapons, and leaders of this deception group. The Beach Jumpers began as a naval task group under the direct control of the fleet commander.

The group consisted of specialists, officers, and men, trained to conduct tactical cover and deception missions, to include radio and radar countermeasures.

The program was initiated by Douglas E. Fairbanks, Jr., the movie actor and son of the silent-screen star, who had studied at the HMS Tormentor Advanced Training and Amphibious Operations Base then at the Commando Training School, Ancharry Castle, Scotland.

Dwyer's account follows the Beach Jumpers through training at Camp Bradford and Ocracoke and their first mission, Operation Husky, during the invasion of Sicily.

Accounts are given of the invasion of Salerno and of operations on a number of Mediterranean islands.

In addition, Dwyer recounts the exploits of the Beach Jumpers in the Pacific theater of operations.

Part II traces the exploits of the Beach Jumpers and their descendants in Vietnam and during the post-Vietnam era.

The volume includes maps, photos, and a diagram.

Also by John B. Dwyer 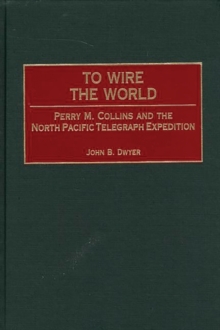 To Wire the World