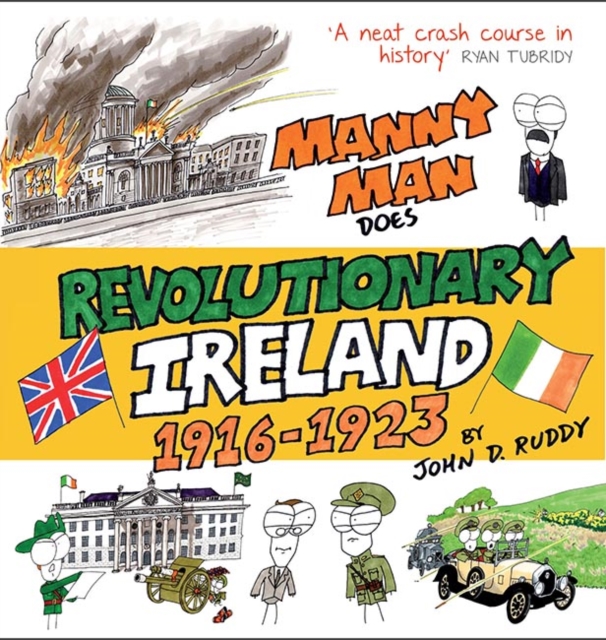 Manny Man, the hit character created by John D. Ruddy to explain history quickly and easily, has starred in YouTube videos that have gathered millions of views all around the globe. Now, John turns his playful eye to Ireland's revolutionary period as Manny Man steps into the shoes of the key players like Michael Collins and Eamon de Valera and takes us through the Easter Rising, War of Independence and Civil War, right up to the early years of the Free State.

With clear maps, clever gags and flamboyant illustrations, he tells the story of how the country won its independence with clarity and hilarity.

So if you want a quick fix of the Irish revolution with lots of fun along the way, then Manny Man is your only man!