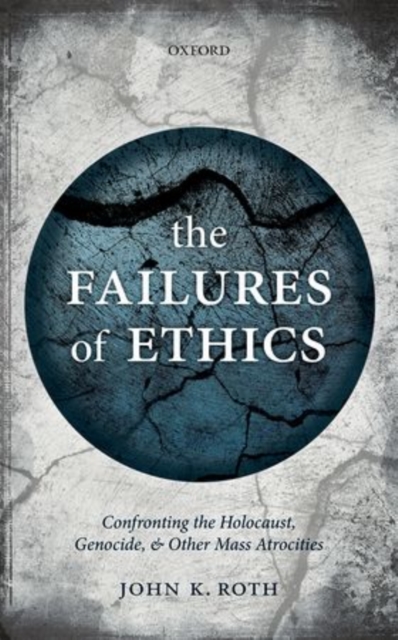 The Failures of Ethics : Confronting the Holocaust, Genocide, and Other Mass Atrocities Hardback

Defined by deliberation about the difference between right and wrong, encouragement not to be indifferent toward that difference, resistance against what is wrong, and action in support of what is right, ethics is civilization's keystone.

The Failures of Ethics concentrates on the multiple shortfalls and shortcomings of thought, decision, and action that tempt and incite us human beings to inflict incalculable harm.

Absent the overriding of moralsensibilities, if not the collapse or collaboration of ethical traditions, the Holocaust, genocide, and other mass atrocities could not have happened.

Although these catastrophes do not pronounce the death of ethics, they show that ethics is vulnerable, subject to misuse and perversion, and that no simple reaffirmationof ethics, as if nothing disastrous had happened, will do. Moral and religious authority has been fragmented and weakened by the accumulated ruins of history and the depersonalized advances of civilization that have taken us from a bloody twentieth century into an immensely problematic twenty-first.

What nevertheless remain essential are spirited commitment and political will that embody the courage not to let go of the ethical but to persist for it in spite of humankind's self-inflicted destructiveness.

Salvaging the fragmented condition of ethics,this book shows how respect and honor for those who save lives and resist atrocity, deepened attention to the dead and to death itself, and appeals for human rights and renewed spiritual sensitivity confirm that ethics contains and remains an irreplaceable safeguard against its ownfailures.