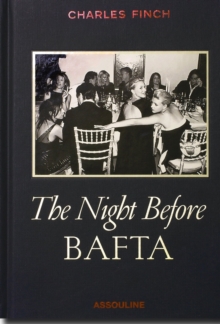 Even before the Oscars, the buzz of the British Academy Film Awards gives a unique energy to awards season.

A peek behind the velvet rope at the legendary star-studded bash hosted by Charles Finch on the eve of London's BAFTA Awards, BAFTA & The Night Before features iconic images of British actors and films, anecdotes from the party's guests and notable figures, and the story of the prestigious British Academy of Film and Television Arts.

Readers are welcomed into the exclusive club venue, Annabel's, to peruse an impressive photo collection of the who's who in British film, complemented by a foreword by John Malkovich, and former Harper's Bazaar UK editor Lucy Yeomans's insights on Red Carpet fashion moments in film.