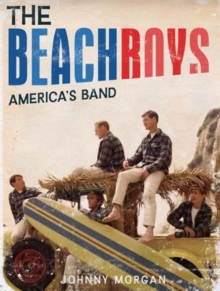 The Beach Boys pioneered the wildly popular "Surf Sound," selling more records than any other American band. And 2016 marks the 50th anniversary of their groundbreaking and hugely influential album Pet Sounds and its follow-up single, "Good Vibrations." This book offers the first fully illustrated, in-depth examination of the group's story, with a special emphasis on the creation of those two masterpieces and what came after.

By examining the writing, recording, and performance of the band's entire catalogue, mostly created by Brian Wilson, the book presents a unique look at the times, trials, and tribulations that went into making the Beach Boys, both before and after their 1966 triumphs.