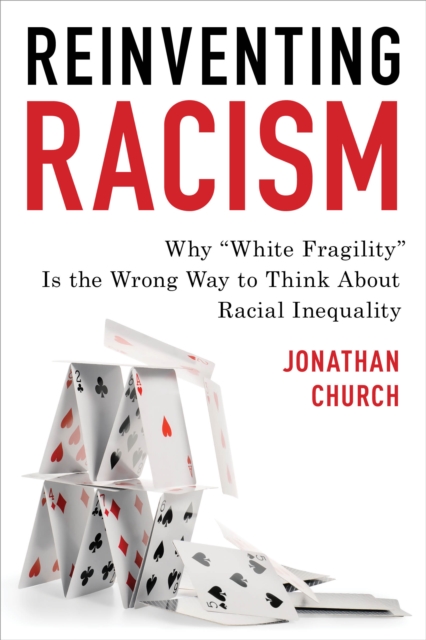 Reinventing Racism : Why "White Fragility" Is the Wrong Way to Think About Racial Inequality Hardback

by Jonathan D., author of Reinventing Racism: Why 'White Fragility' Is the Wrong Way to Think A Church

The theory of white fragility is one of the most influential ideas to emerge in recent years on the topics of race, racism, and racial inequality.

White fragility is defined as an unwillingness on the part of white people to engage in the difficult conversations necessary to address racial inequality.

This "fragility" allegedly undermines the fight against racial inequality. Despite its wide acclaim and rapid acceptance, the theory of white fragility has received no serious and sustained scrutiny.

This book argues that the theory is flawed on numerous fronts.

The theory functions as a divisive rhetorical device to shut down debate.

It relies on the flawed premise of implicit bias. It posits a faulty way of understanding racism. It has serious methodological problems. It conflates objectivity and neutrality. It exploits narrative at the expense of facts. It distorts many of the ideas upon which the theory relies.

This book also offers a more constructive way to think about Whiteness, white privilege, and "white fragility," pointing us to a more promising vision for addressing racial inequality.