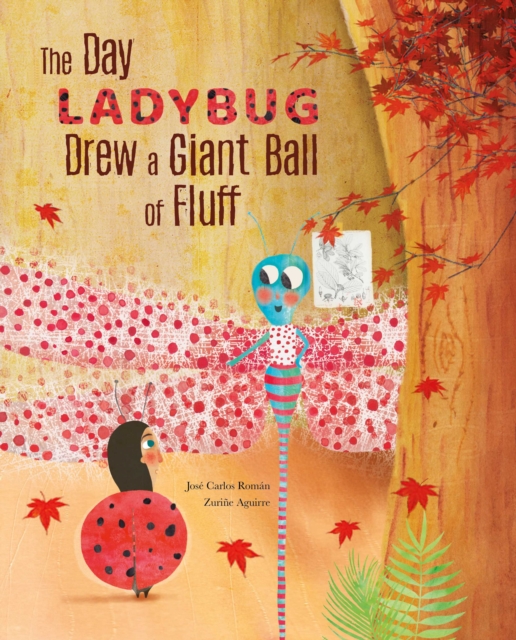 The Day Ladybug Drew a Giant Ball of Fluff Hardback

Everybody tells Ladybug her drawing is not an elephant, but a giant ball of fluff.

But... is it? A pleasantly colorful book, printed in stone paper, that invites readers to be imaginative and creative.In school, the forest children had fun discovering the names of distant jungles, jumping around in the schoolyard, learning new songs.

Miss Dragonfly asked their students to draw an elephant as homework.

Ladybug's friends Snail, Firefly and other colleagues were the first to show their masterpiece.

Ladybug surprised everyone by drawing a giant ball of fluff. There was no sign of the pachyderm! All the forest animals were worried: why would she have drawn something like that?

Miss Dragonfly couldn't believe it, so she warned Ladybug's parents.

It was not like her to do such thing... Who knows! Maybe she needed an ear exam... People in the forest started gossiping... But she could not be any healthier! Soon enough, Ladybug made it clear that perhaps they were wrong prejudging her creativity.