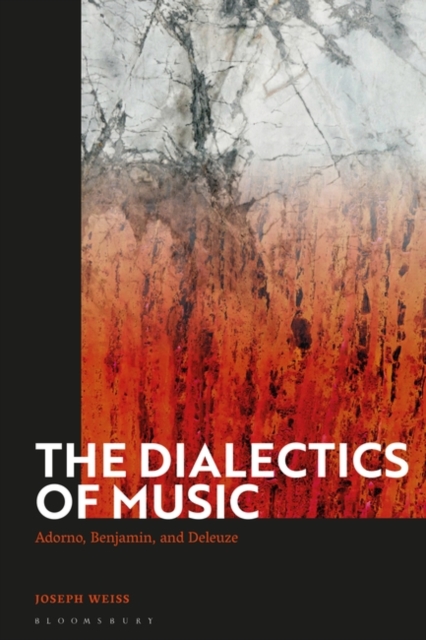 The Dialectics of Music : Adorno, Benjamin, and Deleuze Hardback

Combining the philosophy and musicology of T.W. Adorno, Walter Benjamin, and Gilles Deleuze, alongside an exploration of the dialectical character of music production, Joseph Weiss exposes the unresolved contradictions of contemporary music. By following the outermost mediations between nature, history, and technology, the book reflects on how advanced music critically responds to the ongoing catastrophe of both the Middle Passage and Auschwitz.

Following what the author calls the "categorical imperative" of music, Weiss investigates the significance of a wide range of musical phenomena including the territorialization of the lullaby, the improvisation and sorrow song of the blues and jazz, as well as the cosmological limits of the electroacoustic avant-garde.

In the era of commodity production, racialized violence and dispossession, the author defends critical music as a singular index of political possibilities.