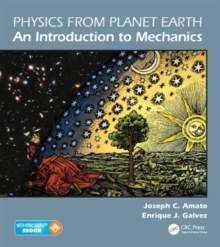 Physics from Planet Earth - An Introduction to Mechanics Hardback

Expose Your Students to the Elegant World of Physics in an Enticing WayPhysics from Planet Earth - An Introduction to Mechanics provides a one-semester, calculus-based introduction to classical mechanics for first-year undergraduate students studying physics, chemistry, astronomy, or engineering.

Developed from classroom-tested materials refined and updated for over ten years at Colgate University, the book guides students on a journey beyond standard approaches that use blocks, projectiles, and inclined planes to grander themes involving interplanetary travel, exoplanets, asteroid collisions, and dark matter. Beginning students are often bewildered by the rapid-fire presentation of physical concepts, mathematics, and problem-solving strategies in traditional introductory textbooks.

In contrast, this text:Introduces the three conservation laws (momentum, energy, and angular momentum) as fundamental laws of nature from which secondary concepts, such as force and torque, are derivedOrganizes topics around the conservation laws, avoiding the typical "math overload" that confronts students at the start of standard coursesMotivates and illustrates many topics through real, contemporary applications in astronomy, planetary science, and space travelAfter reviewing the basic mathematical tools needed to study mechanics, the text addresses the conservation of momentum and applications, such as gravity-assisted space travel and rocket propulsion.

It next discusses Newton's Laws and numerous space- and astronomy-based applications.

The text then presents evidence for a second conservation principle, energy, which allows us to describe motion as a function of position rather than time.

The book also explores the conservation of angular momentum and a variety of applications, including pulsars, orbital eccentricity, and gyroscopes.

The text concludes with a discussion of dark matter, dark energy, and the ultimate fate of the universe. 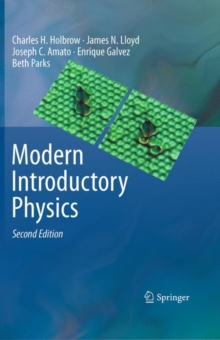 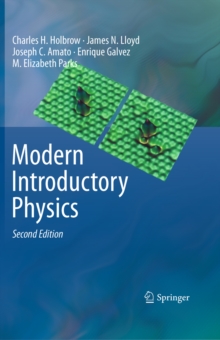 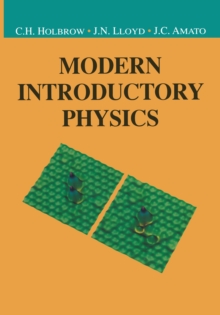 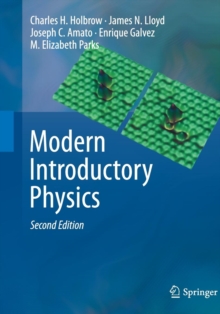