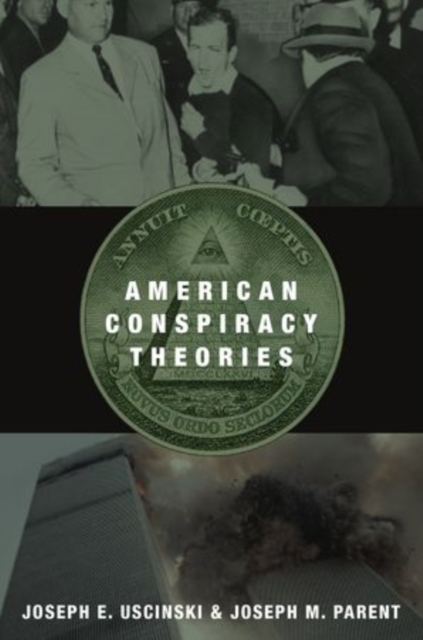 We are living in an age of conspiracy theories, whether it's enduring, widely held beliefs such as government involvement in the Kennedy assassination or alien activity at Roswell, fears of a powerful infiltrating group such as the Illuminati, Jews, Catholics, or communists, or modern fringe movements of varying popularity such as birtherism and trutherism.

What is it in American culture that makes conspiracy theories proliferate?

Who is targeted, and why? Are we inthe heyday of the conspiracy theory, or is it in decline?

Though there is significant scholarly literature on the topic in psychology, sociology, philosophy, and more, American Conspiracy Theories is the first to use broad, long-term empirical data to analyze this popular American tendency. Joseph E. Uscinski and Joseph M. Parent draw on three sources of original data: 120,000 letters to the editor of the New York Times and Chicago Tribune from between 1890 and 2010; a two-wave survey from before and after the 2012 presidential election; anddiscussions of conspiracy theories culled from online news sources, blogs, and other Web sites, also from before and after the election.

Through these sources, they are able to address crucial questions, such as similarities and differences in the nature of conspiracy theories over time, the role of theInternet and communications technologies in spreading modern conspiracy theories, and whether politics, economics, media, war, or other factors are most important in popularizing conspiratorial beliefs.

Ultimately, they conclude that power asymmetries, both foreign and domestic, are the main drivers behind conspiracy theories, and that those at the bottom of power hierarchies have a strategic interest in blaming those at the top-in other words, "conspiracy theories are for losers." But these"losers" can end up having tremendous influence on the course of history, and American Conspiracy Theories is an unprecedented examination of one of the defining features of American political life.