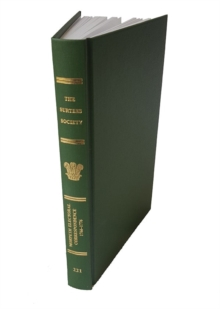 In the mid-eighteenth century, the borough of Morpeth, in Northumberland, was one of many where established vested interests, whether corporate or aristocratic, faced challenges from below.

The documents collected here illustrate the struggle between the "sons of liberty" fighting to restore the freemen's "independence", and the earl of Carlisle, striving to maintain his control of the representation.

A full introduction puts the letters into their local and national context, and they are accompanied by elucidatory notes.