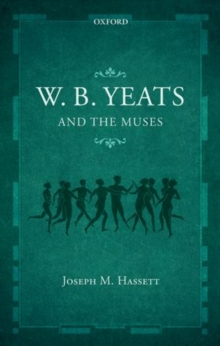 W.B. Yeats and the Muses explores how nine fascinating women inspired much of W.B.

Yeats's poetry. These women are particularly important because Yeats perceived them in terms of beliefs about poetic inspiration akin to the Greek notion that a great poet is inspired and possessed by the feminine voices of the Muses.

Influenced by the Pre-Raphaelite idea of woman as 'romantic and mysterious, still the priestess of her shrine', Yeats found his Muses in livingwomen.

His extraordinarily long and fruitful poetic career was fuelled by passionate relationships with women to and about whom he wrote some of his most compelling poetry.

The book summarizes the different Muse traditions that were congenial to Yeats and shows how his perception of these women as Musesunderlies his poetry.

Newly available letters and manuscripts are used to explore the creative process and interpret the poems. Because Yeats believed that lyric poetry 'is no rootless flower, but the speech of a man,' exploring the relationship between poem and Muse brings new coherence to the poetry, illuminates the process of its creation, and unlocks the 'second beauty' to which Yeats referred when he claimed that 'works of lyric genius, when the circumstances of their origin is known, gain a second a beauty, passing as it were out of literature and becoming life.' As life emerges from the literature, the Muses are shown to be vibrant, multi-faceted personalities who shatter the idea of the Muse as a passive stereotype and take their proper place as begetters of timeless poetry.