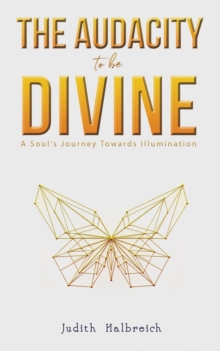 The Audacity to be Divine Paperback

Mary Mrozowski was an ordinary New Yorker who became extraordinary.

The Audacity to be Divine is a revelatory tale of transformation, resilience and unparalleled truth-seeking.

Mary was a quintessential New York housewife living in the depth of despair.

Bearing the secret of her family's tumultuous past, Mary reclaimed her truth and strove for redemption against all odds -- transcending as a social activist, international organizer, and spiritual leader for the masses.

Mary was able to transcend worlds. Having integrated Christian modalities with Eastern philosophies, she established a lay monastic house of contemplation called "Chrysalis House." She mingled as an equal with spiritual and religious leaders, companions and strangers.

As her teachings led her across five continents, thousands followed, considering her a modern day saint, role model for transformation, and sage for self-fulfillment.

Seeking truth was her religion. Amidst a sea of neutrally-dressed spiritual leaders, out would walk Mary - a vision in a bold red dress and heels.

She did not fit in and she did not want to -- she was embraced by those who found solace in her relatability and charisma beyond measure.