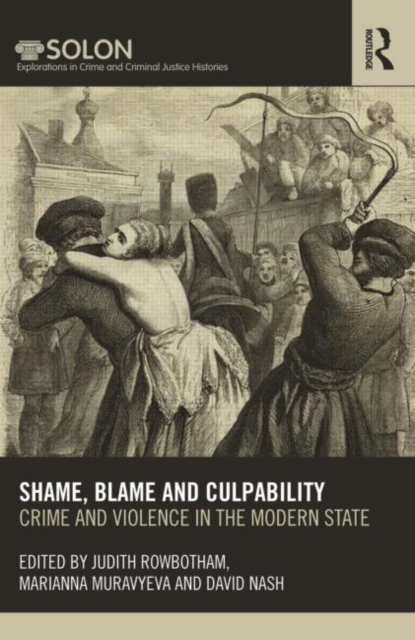 Shame, Blame, and Culpability : Crime and violence in the modern state Hardback

This ground-breaking collection of research-based chapters addresses the themes of shame, blame and culpability in their historical perspective in the broad area of crime, violence and the modern state, drawing on less familiar territories such as Russia and Greece, not just on material from familiar locations in western Europe.

Ranging from the early modern to the late twentieth century, the collection has implications for how we understand punishments imposed by states or the community today. Shame, blame and culpability is divided into three sections, with a crucial case study part complementing two theoretical parts on shame, and on blame and culpability; exploring the continuance of shaming strategies and examining their interaction with and challenge to 'modern' state-sponsored blaming mechanisms, including allocations of culpability.

The collection includes chapters on the deviant body, capital punishment and, of particular interest, Russian case studies, which demonstrate the extent to which the Russian, like the Greek, experience need to be seen as part of a wider European whole when examining ideas and themes. The volume challenges ideas that shame strategies were largely eradicated in post-Enlightenment western states and societies; showing their survival into the twentieth century as a challenge to state dominance over identification of what constituted 'crime' and also over punishment practices.

Shame, blame and culpability will be a key text for students and academics in the fields of criminology and crime, gender or European history. 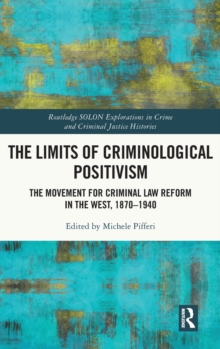 The Limits of Criminological Positivism 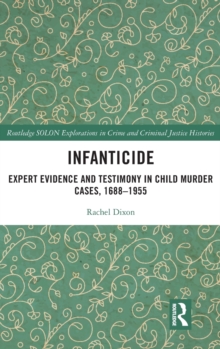 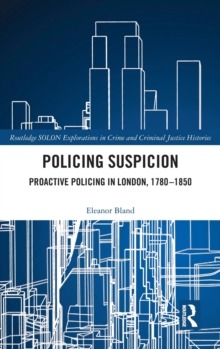 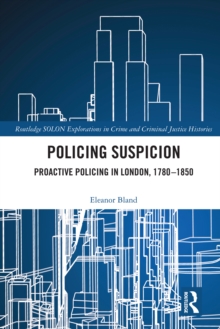