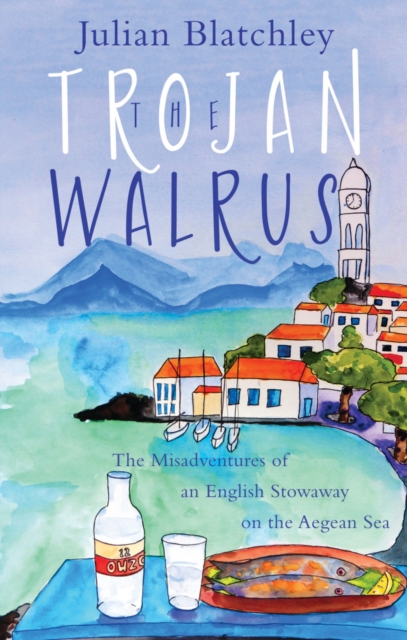 The Trojan Walrus : The Misadventures of an English Stowaway on the Aegean Sea Paperback / softback

Blatchley's Second Law of Nautical Recreation: One meets a better class of people in collisions.

Julian is a stout Englishman, no doubt about that: So why, when fortune deposits him in Greece, does he get the feeling that he has come home?

He also appears to be without employment. With immediate and decisive action obviously called for, he relaxes and waits to see what will happen next.

Early blooms are radiant in the Mediterranean sun as Greece's sailing season comes fitfully to life.

Easily seduced by this lifestyle and by the promise of the coming summer, the Falstaffian intruder decides to make his new employment as a yacht-charter skipper in the sun-drenched, pristine, watercolour amphitheatre of the Aegean Sea.

They've already fallen for a Trojan horse... let's see how they feel about a Trojan walrus. Follow Julian as he attempts to sidle into the Aegean yachting world, negotiating in turn the Byzantine complexities of navigation, customs, marine regulations, romance, peer-pressure and the roasting of entire pigs in the Wine-Dark Sea.

A sequel to Adjacent to the Argonauts (which received many 5-star ratings) this is a comical romp through the Aegean in which we see, from the author's affectionate perspective and through his maladroit experiences, the places, customs, history, cuisine and attitudes which go to make the anarchic jigsaw of this beautiful, captivating sea.