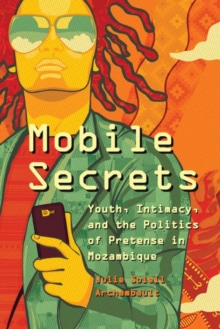 Mobile Secrets : Youth, Intimacy, and the Politics of Pretense in Mozambique Hardback

In just over a decade, mobile phones have become part of everyday life almost everywhere, radically transforming how we access and exchange information.

Many have argued that in Africa, where most have gone from no phone to mobile phone, this improved access to technology and information will usher in socio-economic development, changing everything from health services to electoral participation to engagement with the global economy.

With Mobile Secrets, Julie Soleil Archambault reveals how better access to information is not necessarily a good thing, and offers a complete rethinking of how we understand uncertainty, truth, and ignorance.

By engaging with young adults in a Mozambique suburb who have adopted mobile phones in their daily lives, Archambault shows that they have become necessary tools for pretense and falsification, allowing youths not only to mitigate but also court, produce, and sustain uncertainty in their efforts to create fulfilling lives in the harsh world of postwar Mozambique.

She explores how telecommunication opens up new virtual spaces of sociality in which people can imagine and enact alternate lives. As Mobile Secrets shows, new technologies have not only facilitated access to information in Mozambique, but they have also helped mute social conflicts, allowing everyone to feign ignorance about the workings of the postwar intimate economy. 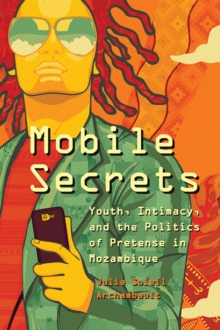