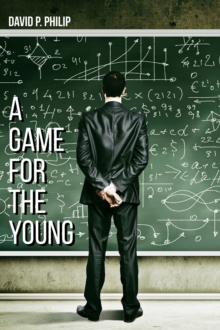 The Cornubian : What Lies Beneath the Devil and the Deep Blue Sea? Paperback / softback

When infamous smuggler Martin MacBride returns to Cornwall after escaping slavery in Algiers, he finds his wife and child have died.

Fuelled by anger, the heartbroken smuggler vows to avenge their deaths by killing his hated foe, John Cardinham. However, Cardinham is riddled with a hatred of his own.

He is convinced that his fiancee, beautiful local inn-keeper Josephine Bryant, is in love with MacBride, and intends to see the smuggler brought to justice - at an appointment with the gallows.

The locals of Cornwall pull together for their hero in a formidable force against the revenue, and Cardinham, finding he has his work cut out, hires the services of notorious privateer, Jose 'Sparky' Vaquero, who proceeds to double-cross all concerned.

But when the stakes are high and the pressure is on, mistakes are easily made, and underestimation can prove to be a costly one.