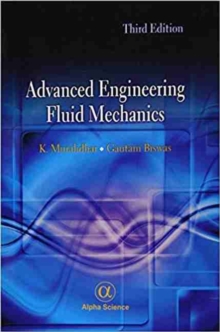 Fluid mechanics continues to dominate the world of engineering.

Applications only seem to be proliferating, and the importance of teaching the subject from first principles is widely felt.

The second edition maintained this focus, while continuing to establish the link between principles and practice.

The Third edition includes a substantial revision of Chapter 2.

The link between a control volume approach and a boundary-value formulation stemming from Navier-Stokes equations is explained.

The utility of momentum and energy equations for analysis at the scale of a control volume is highlighted.

Bernoulli equation is shown to be a special form of the more general energy equation.

Various suggestions and improvements have also been incorporated in other chapters.

The goal, as before, is to train students so that they can create, design and analyze flow systems in the real world. This book was first published in 1996, and a revised edition was released in 1999.

Quite a few comments and suggestions were received from students and colleagues.

These ideas formed the basis of the second edition in 2005.The present edition continues to bridge the gap between first and higher level text books on the subject. It shows that the approximate approaches of Chapter 2 are essentially globally averaged versions of the local treatment that, in turn is covered in considerable detail in subsequent chapters. KEY FEATURES:* Hints to a large number of problems where the level of mathematics is anticipated to be high * Text is accompanied by a collection of projects where the students can apply basic ideas to complex engineering problems NEW TO THE THIRD EDITION: * Link between a control volume approach and a boundary-value formulation arising from Navier-Stokes equations * Utility of momentum and energy equations for analysis at the scale of a control volume * Bernoulli equation shown to be a special form of the more general energy equation * Examples of flow rate and force calculations from a control volume approach * Additional unsolved examples in Chapter 2 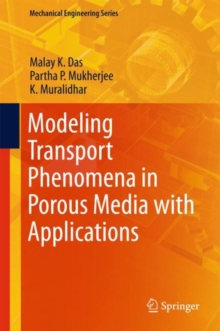