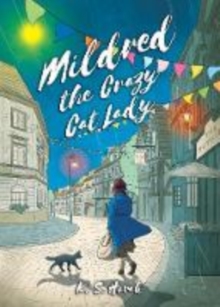 EVERY CAT HAS A NAME! Mildred's uneventful and solitary existence changed for the better when Missy came into her life.

For nothing in life is free and her keep of Missy came at a price.

Unbeknown to her the local cat club she was encouraged to join had met in secret for hundreds of years and they were in trouble.

The ticking of their clocks and their time may be just about to run out.

Have you ever wondered why cats may ignore you when you call their name?

Mildred had never considered it even after a stranger had arrived on her door telling her she had been chosen.

Being chosen to join a cat club seemed somewhat strange but little did she know that this was no 'ordinary' cat club.

Hidden away from the eyes of others a powerful league of women has existed for thousands of years as the unsuspecting Mildred is brought into their ranks.

Their only common interest would appear to be their love of cats but there was much more to it than that.

This enthralling and addictive story takes you to a different place where fear, power and a thirst to protect time is ever present.

For the time will come when everyone would have to believe in Mildred.

You will never look at cats in the same way again.....

The first in a series, this enthralling tale takes you to a different place where secrecy and time is ever present.

For the days will come when all will have to believe in Mildred!