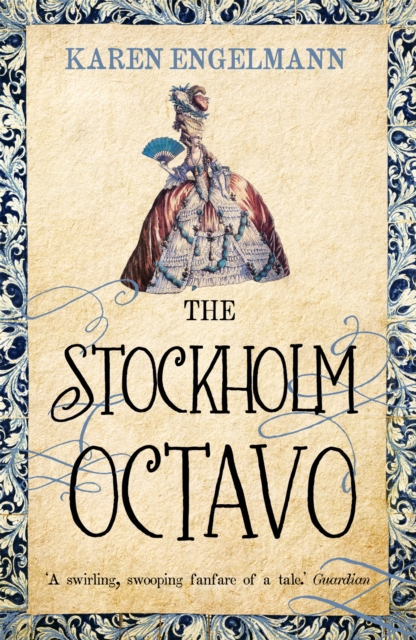 'A delicious page-turner that brings 18th century Stockholm to vivid life, complete with scandal, conspiracy, mystery, and a hint of magic.' - Eleanor Brown, New York Times bestselling author of The Weird SistersIn 18th century Stockholm, as the winds of revolution rage through the great capitals of Europe, the key to a nation's fate rests in the hands of an unlikely hero.

Emil Larsson is a drinker, card player and contented bachelor until he is told that his position at the Office of Excise and Customs depends on his settling down and finding a wife.

Mrs Sparrow, proprietor of an exclusive gaming house, fortune teller (and confidante of King Gustav III) offers to lay an Octavo for him - a form of cartomancy which can divine his future if he can find the eight individuals who can help him realise his vision.

When Mrs Sparrow wins a mysterious fan in her card game, the Octavo's deeper powers are revealed.

No longer just a game of the heart, collecting his Eight is now crucial to pulling his country back from the brink of rebellion and chaos. A debut novel full of opulent period detail, brilliantly interweaving history, romance and intrigue, in which one man's fortune holds the key to a nation's precarious fate.