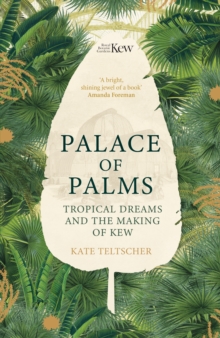 Palace of Palms : Tropical Dreams and the Making of Kew Hardback

'This book gives a marvelous glimpse into a lost and luscious Victorian world, peopled not only with plants but with energetic, ambitious - and sometimes frankly bonkers - characters.' Lucy Worsley'Not since Anna Pavord's The Tulip has a book so brilliantly captured the spirit of its subject.

Kate Teltscher's Palace of Palms is a glorious headrush into Victorian history via one of the most iconic and beautiful glasshouses in the world.

This is a bright, shining jewel of a book, a hedonists' delight and an escapists' antidote to the humdrum.' Amanda ForemanDaringly innovative when it opened in 1848, the Palm House in Kew Gardens remains one of the most beautiful glass buildings in the world today.

Seemingly weightless, vast and yet light, the Palm House floats free from architectural convention, at once monumental and ethereal.

From a distance, the crowns of the palms within are silhouetted in the central dome; close to, banana leaves thrust themselves against the glass.

To enter it is to enter a tropical fantasy. The body is assaulted by heat, light, and the smell of damp vegetation. In Palace of Palms, Kate Teltscher tells the extraordinary story of its creation and of the Victorians' obsession with the palms that filled it. It is a story of breathtaking ambition, of scientific discovery and, crucially, of the remarkable men whose vision it was. The Palm House was commissioned by the charismatic first Director of Kew, Sir William Hooker, designed by the audacious Irish engineer, Richard Turner, and managed by Kew's forthright curator, John Smith, who battled with boilers and floods to ensure the survival of the rare and wondrous plants it housed. 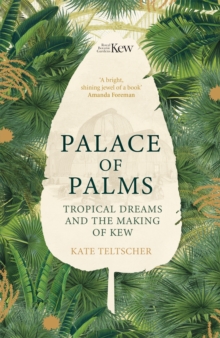 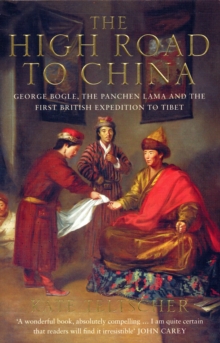 The High Road to China