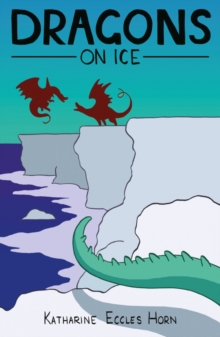 Dragons on Ice is a sequel to Dogs Can't Fly, in which eleven-year-old Danny received a new pet, a mischievous purple dragon, mysteriously disguised as a dog!

Danny and his dragon, Blink, had many adventures, culminating in a kidnapping and an epic battle between dragons.

In Dragons on Ice, a new adventure begins when a tragedy in the family means Blink must be rehomed.

Danny alone must save his pet: everyone else still thinks Blink is a dog.

When all else fails, Danny and Blink go on the run to the Orkney Islands where the eccentric Professor Vale lives.

Danny hopes Vale will be able to help, but Vale has gone missing...

Now, Danny and Blink must set off on a new quest to find and rescue the Professor.

In the process, they stumble upon another world: a world ruled by warring dragons and trapped in an endless ice age; a world where people live as hunter-gatherers and face the constant threats of cold and of dragon attack.

Helped by the brave and clever Beth, the pair track the professor across the ice and come face to face with a council of dragons.

Danny discovers there is far more to his pet than meets the eye, and Blink must prove himself a hero once more...