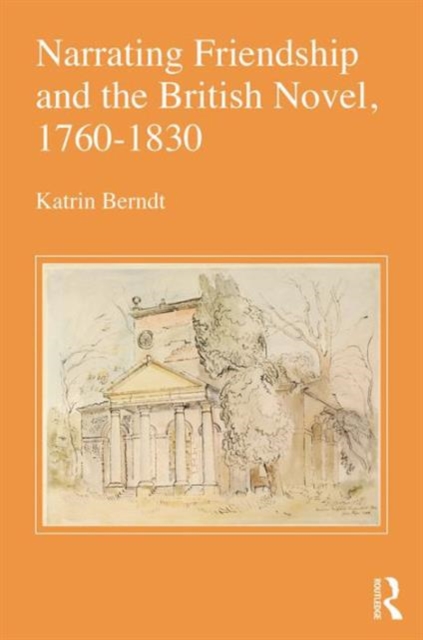 Friendship has always been a universal category of human relationships and an influential motif in literature, but it is rarely discussed as a theme in its own right.

In her study of how friendship gives direction and shape to new ideas and novel strategies of plot, character formation, and style in the British novel from the 1760s to the 1830s, Katrin Berndt argues that friendship functions as a literary expression of philosophical values in a genre that explores the psychology and the interactions of the individual in modern society.

In the literary historical period in which the novel became established as a modern genre, friend characters were omnipresent, reflecting enlightenment philosophy's definition of friendship as a bond that civilized public and private interactions and was considered essential for the attainment of happiness.

Contributing to our understanding of the complex interplay of philosophical, socio-cultural and literary discourses that shaped British fiction in the later Hanoverian decades, Berndt's book demonstrates that novels have conceived the modern individual not in opposition to, but in interaction with society, continuing Enlightenment debates about how to share the lives and the experiences of others.