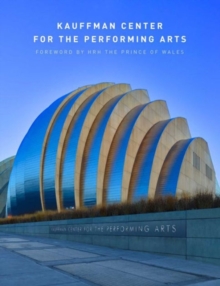 by Kauffman Center for the Performing Arts

Since its grand opening in 2011, the KCPA has been the subject of praise from critics and audiences all over the world.

This book tells the remarkable story of the design and construction of the magnificent building by a celebrated team including architect Mosche Safdie, engineers from the Arup Group Ltd., international theater designer Richard Pilbrow, acoustician Yasuhisa Toyota, and many others.

From its unique building materials to its lofty place in the Kansas City environment, every detail was subject to intense scrutiny and testing to reach the highest standards in performance and appearance.