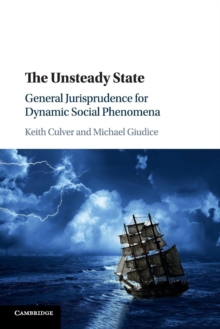 Analytical jurisprudence often proceeds with two key assumptions: that all law is either contained in or traceable back to an authorizing law-state, and that states are stable and in full control of the borders of their legal systems.

What would a general theory of law be like and do if these long-standing presumptions were loosened?

The Unsteady State aims to assess the possibilities by enacting a relational approach to explanation of law, exploring law's relations to the environment, security, and technology.

The account provided here offers a rich and renewed perspective on the preconditions and continuity of legal order in systemic and non-systemic forms, and further supports the view that the state remains prominent yet is now less dominant in the normative lives of norm-subjects and as an object of legal theory.