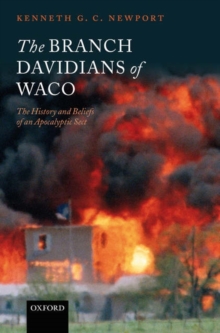 The Branch Davidians of Waco : The History and Beliefs of an Apocalyptic Sect Hardback

What were the beliefs of the Branch Davidians? This is the first full scholarly account of their history.

Kenneth G. C. Newport argues that, far from being an act of unfathomable religious insanity, the calamitous fire at Waco in 1993 was the culmination of a long theological and historical tradition that goes back many decades.

The Branch Davidians under David Koresh were an eschatologically confident community that had long expected that the American government,whom they identified as the Lamb-like Beast of the book of Revelation, would one day arrive to seek to destroy God's remnant people.

The end result, the fire, must be seen in this context.