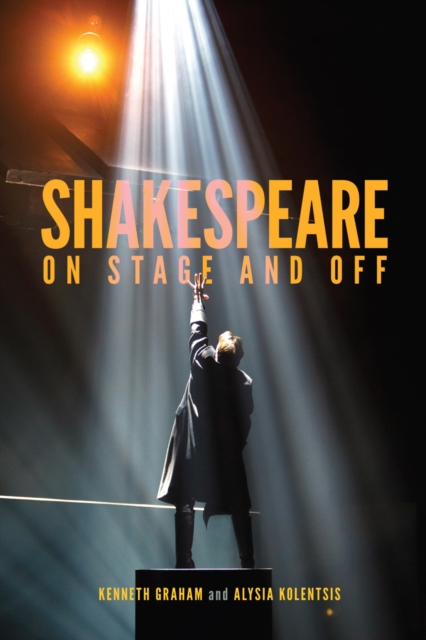 Shakespeare On Stage and Off Hardback

Today, debates about the cultural role of the humanities and the arts are roiling.

Responding to renewed calls to reassess the prominence of canonical writers, Shakespeare On Stage and Off introduces new perspectives on why and how William Shakespeare still matters. Lively and accessible, the book considers what it means to play, work, and live with Shakespeare in the twenty-first century.

Contributors - including Antoni Cimolino, artistic director of the Stratford Festival - engage with contemporary stagings of the plays, from a Trump-like Julius Caesar in New York City to a black Iago in Stratford-upon-Avon and a female Hamlet on the Toronto stage, and explore the effect of performance practices on understandings of identity, death, love, race, gender, class, and culture.

Providing an original approach to thinking about Shakespeare, some essays ask how the knowledge and skills associated with working lives can illuminate the playwright's works.

Other essays look at ways of interacting with Shakespeare in the digital age, from Shakespearean resonances in Star Trek and Indian films to live broadcasts of theatre performances, social media, and online instructional tools.