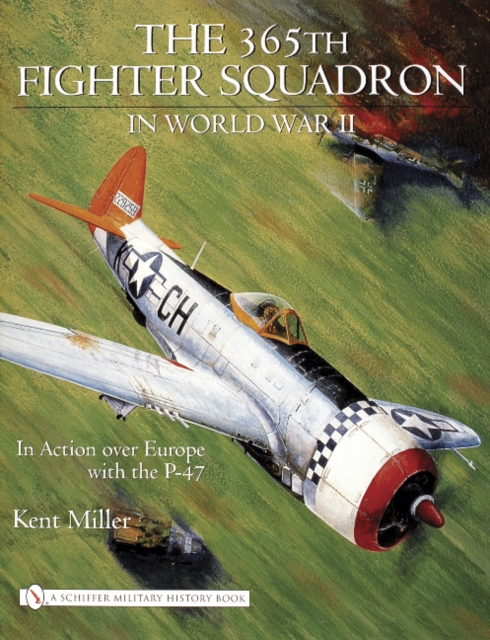 365th Fighter Squadron in World WarII: In Action over Eure with the P-47 Hardback

The 365th Fighter Squadron was part of the much-traveled 358th Fighter Group.

Beginning combat with the 8th Air Force, traded to the 9th Air Force, and later assigned to the First Tactical Air Force, the 365th flew from bases in England, France, and ultimately Germany itself.

As with many tactically oriented outfits, the squadron did not run up a huge score against enemy aircraft, yet, claims from strafing and bombing of a multitude of targets were impressive.

This book presents the 365th's day-to-day operations and is interspersed with quotes from the group and squadron records, Missing Aircrew Reports, and the men themselves.

In addition, an exhaustive appendix and nearly two hundred photographs give readers a look into the combat activities of this long overlooked Army Air Force unit.