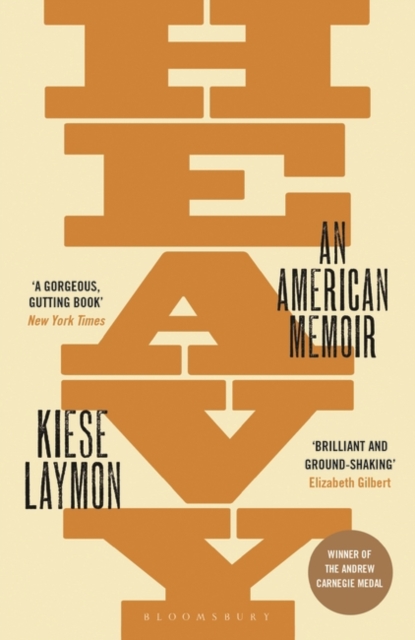 'So beautifully written, so insightful, so thoughtful, so honest, so vulnerable, so intimate ...

A gift' JESMYN WARD'Wow. Just wow' ROXANE GAY'Unflinchingly honest' RENI EDDO-LODGE'An act of truth-telling unlike any other I can think of' ALEXANDER CHEEA TLS BOOK OF THE YEARThe story of the black male experience in America you've never read beforeKiese Laymon grew up a hard-headed black son to a complicated and brilliant black mother in Jackson, Mississippi.

From his early experiences of sexual violence, to his suspension from college, to his career as a young college professor, Laymon charts his complex relationship with his mother, grandmother, abuse, anorexia, obesity, sex, writing and ultimately gambling.

In Heavy, by attempting to name secrets and lies that he and his mother spent a lifetime avoiding, Laymon asks himself, his mother, his nation and us to confront the terrifying possibility that few know how to love responsibly, and even fewer want to live under the weight of actually becoming free. A defiant yet vulnerable memoir that Laymon started writing when he was eleven, Heavy is an insightful exploration of weight, identity, art, friendship and family.