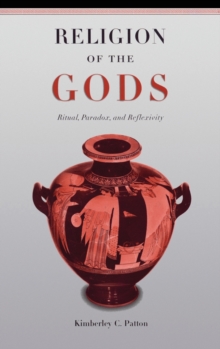 Religion of the Gods : Ritual, Paradox, and Reflexivity Hardback

This book seeks to explain an enigmatic and paradoxical image common to many of the world religions, both polytheistic and monotheistic-that of the god who worships.

Drawing on a broad array of comparative evidence, including examples from Indian, Iranian, Germanic, Jewish, Christian, and Islamic religions, Patton fashions a new theory of "divine reflexivity," according to which the gods create, model, and comment upon those practices with which they are related,not just as recipients but as prototypes.

This theory offers a satisfying basis of interpretation for such disparate cases as the bull- slaying god of Mithraism, and the sacrifice of Christ on the cross as repeated in the Christian mass.

With its new explanation of a fascinating religious phenomenon,this book will be of great to both comparativists and to scholars of the individual religions discussed.