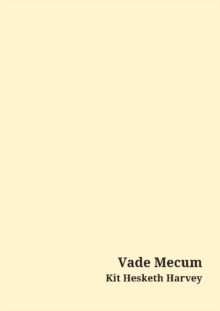 Kit Hesketh Harvey's column in -Country Life- magazine has for a decade delighted its readership, earning him the accolade of IPC Writer of the Year.

As a screenwriter, opera director and translator, he displays a deft playfulness with the English language.

As a lyricist and radio panellist, he infuses this with a dry wit.

As a stage performer and cabaret star (of Kit and the Widow, and latterly, Kit and McConnel) he has worked alongside divas, comedians, politicians, socialites and some of the leading theatre and film actors of his time.

He travels widely, singing from private yachts in the Caribbean to the British troops in Kabul.

He lives in the little-known Breckland of Norfolk, but also in Cornwall, and spends a part of each year in Scotland. To those interested in the British cabaret revival, theatre architecture, the Great Crash and its long aftermath, Scottish nationalism, gossip, shooting, wealth, the Caribbean, pantomime, Joan Rivers, white vans, Cornwall, opera, wild swimming, the congestion-charge, Guildford, child-rearing, name-dropping, Downton Abbey, fame, West Norfolk, and above all, the Great Brexit Debacle, here is a constantly funny anthology: the diary of a decade.