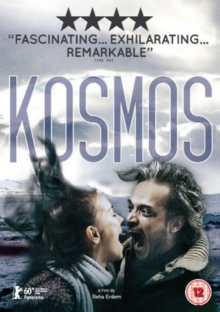 Reha Erdem directs this surrealist Turkish drama about an outsider who arrives in a remote town near the Armenian border of eastern Anatolia.

Sermet Yesil stars as Kosmos, a mysterious man who turns up at the edge of the city in midwinter, and overhears the screams of a drowning boy coming from a nearby river.

Jumping into the freezing water to save the boy, he meets the boy's beautiful older sister (Türkü Turan), who introduces herself as Neptune, and the two share an instant affinity.

As Kosmos finds his place among the townspeople, they realise that he is no ordinary man, but is in possession of otherworldly capacities and special powers that render him capable of solving people's problems and healing the sick.