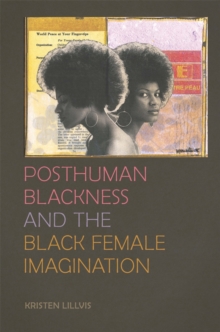 This theoretical approach allows her to acknowledge the importance of history without positing a purely historical origin for black identities. The authors considered in this book set their stories in the past yet use their characters, particularly women characters, to show how the potential inherent in the future can inspire black authority and resistance.

Lillvis introduces the term "posthuman blackness" to describe the empowered subjectivities black women and men develop through their simultaneous existence within past, present, and future temporalities. This project draws on posthuman theory - an area of study that examines the disrupted unities between biology and technology, the self and the outer world, and, most important for this project, history and potentiality - in its readings of a variety of imaginative works, including works of historical fiction such as Gayl Jones's Corregidora and Morrison's Beloved.

Reading neo-slave narratives through posthuman theory reveals black identity and culture as temporally flexible, based in the potential of what is to come and the history of what has occurred.