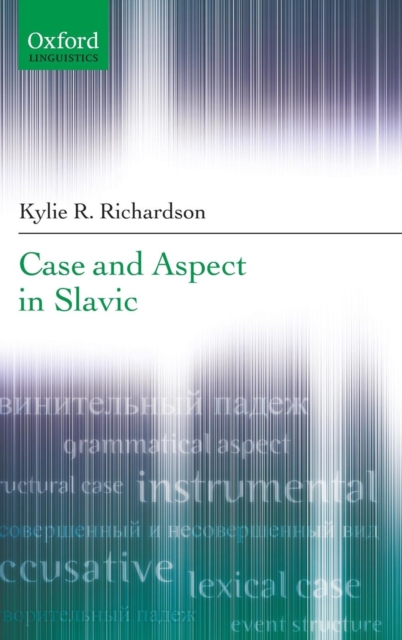 Case and Aspect in Slavic Hardback

The role of structural case in syntax is arguably one of the most controversial topics in syntactic theory with important implications for semantic theory.

Kylie Richardson addresses links between the case marking on objects and the event structure of a verb phrase in Belarusian, Russian, Ukrainian, Czech, Slovak, Polish, and Bosnian/Croatian/Serbian and also shows that the links between case and aspect in the Slavic languages belong to a much larger pattern found in language in general.

She also focuses on links between case and grammatical aspect in depictive, predicative participle, and copular constructions in the East Slavic languages.

The book will appeal to scholars and advanced students of aspect, and to all Slavicists.