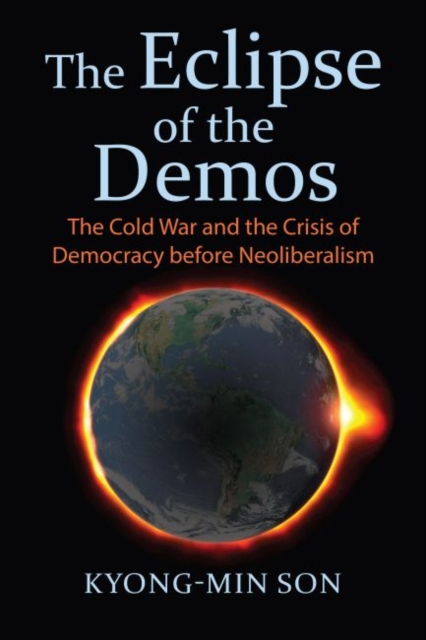 The Eclipse of the Demos : The Cold War and the Crisis of Democracy before Neoliberalism Paperback / softback

But where many blame the rise of neoliberalism, Kyong-Min Son suggests that a longer historical perspective is in order.

His book, The Eclipse of the Demos, traces the crisis of democracy back to a fateful transformation of democratic theory during the Cold War, when the idea of the demos - a public body configured for the common good - gave way to a view of democracy as an instrument used by individuals to serve their private interests. While the postwar pressures of totalitarianism and communism did not directly cause this transformation, Son contends that they did activate instrumental democracy's three constitutive motifs: fear of the masses, faith in rational systemic management, and an ambivalence about the relationship between capitalism and democracy.

Forged of these elements drawn from disparate intellectual traditions, instrumental democracy displaced a citizenry disposed to judge competing public claims according to the principles of the common good and political equality.

In the instrumental model, citizens are seen as consumers whose political claims are equivalent - simply because each is willing to pay the same price: a vote.

It is this transactional view of democracy, Son argues, that led to the unchallenged dominance of finance capital and growing social divisions that have fueled the rise of neoliberalism. The Eclipse of the Demos envisions an answer to our present predicament: a democracy that rests on a demos engaging in collective inquiry and judgment rather than on a group of individuals concerned exclusively with their private welfare.

By providing a clearer understanding of democracy before neoliberalism, this book begins the hard work of realizing that vision.