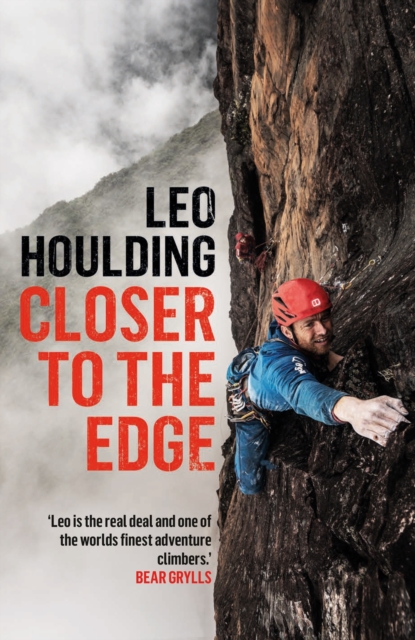 Closer to the Edge : Climbing to the Ends of the Earth Hardback

One of Great Britain's finest climbers and adventurers, Leo Houlding started out climbing at ten years of age in the Lake District literally learning the ropes tackling the many historic peaks and crags in the area.

Honing his skills as he grew, at eighteen Leo became one of the very first to free climb the mighty El Capitan in the Yosemite Valley, California widely regarded as the most impressive rock face on the planet cementing his reputation as a world class climber.

He has since gone on to not only summit the world's tallest walls and toughest peaks, but has become a twenty-first Century explorer, crossing continents to take extreme sports to the most remote corners of Earth - from the frozen mountains of Antarctica to the sweltering jungles of South America How did a working class lad from the north of England scale such heights and avoid the pitfalls and fatal accidents that have struck down so many of his colleagues and friends?

Honest, raw and exhilarating, Closer to the Edge is Leo's 'warts-and-all' insight into the extreme life of one of Britain's best climbers who is active today and still planning epic adventures.

In a page-turning narrative, Leo describes his childhood inspirations to climb, his mentors who guided him, and the exhilaration of those teenage years when he broke into the public consciousness - such as his infamous race against Jeremy Clarkson on Top Gear.

He will reveal to the reader what drives him, how he assesses risk and judges how close to the edge he can go and return safely, and how he balances this with teaching his own children the lessons he has learnt in some of the world's most dangerous and extreme places.

Closer to the Edge is the story of a remarkable climber and free spirit who has been at the top of his game for over thirty years, with still more mountains to explore.