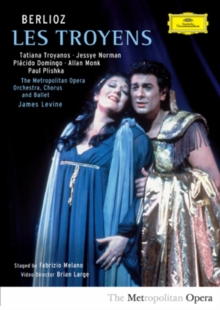 Filmed at the Metropolitan Opera in 1983, Berlioz's masterpiece is a tragic tale of love and fate based on Virgil's 'Aeneid'. Under the baton of James Levine, Jessye Norman takes the part of Cassandra and Placido Domingo fills the role of Aeneas.

This performance was hailed by both critics and audiences alike.

Norman's role debut as Cassandra emerged as one her most significant and compelling performances, and this opera is also a stand-out release among Domingo's extensive filmography.